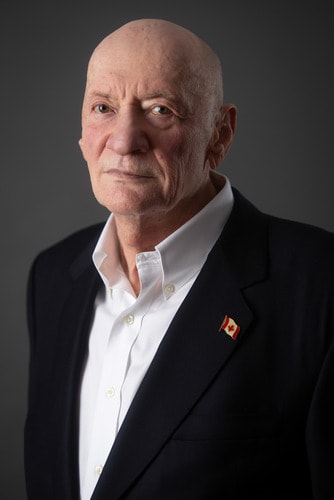 A compact and unique barcode is laser-engraved onto the case of each round of ammunition as well as printed on each unit of packaging. A secure blockchain database is used to record the information, which can then be accessed only by providing digital proof of authorization.

Bullet ID has developed the latest blockchain technology to create a solution that serves manufacturers, law enforcement, and the military. The vast majority of ammo available today is untraceable, meaning that the industry suffers from a chronic problem of no inventory, no tracking, and, fundamentally, no accountability.

Our solution, developed for the future and designed to service the global market, can accommodate a virtually unlimited number of distinct codes. By incorporating the latest technology and open standards, it can ensure the privacy and confidentiality of internal and cross-network operations and effortless integration with other systems, eliminating a significant roadblock to adoption: the cost of rollout and integration.

I have been in the barcode business for over 40 years. I was part of the group that introduced the barcode to supermarkets in Canada, and what I did for the supermarkets, I intend to do for the ammunition industry.

Find a better way to deal with COVID-19. What I am doing in Bullet is changing the world. It’s not so easy, and the advice is to never give up. Pay attention to the details and what the world says and wants.

Untraceable ammunition also damages the police’s ability to solve many incidences of gun violence. Microstamping a barcode onto each bullet may be an invaluable tool in the police arsenal, as it would allow them to trace the bullet’s owner and sales history. In addition to helping police more effectively solve homicides, bullet ids would help tackle black market ammo sales. The detrimental effects of non-traceable ammo go beyond the police. There is little accountability from manufacturers to suppliers to consumers, and taxpayers’ dollars are wasted on the destruction of unmarked ammunition. The U.S. Government Accountability Office (GAO) has called for an overhaul of how the Army procures and produces its ammunition, and bullet tracing would provide the military with a clean and effective system to track their inventory.

Saving lives of innocent bystanders, kids shot by stray bullets, police, and military. Bullet ID is bringing an integrated solution to the $23 billion global ammunition market. In production, the company laser-etches and serializes barcodes onto the bullets, which are then distributed in boxes. This barcode is uploaded onto a secure blockchain database and, when scanned, provides inventory volume, location, and history.

The accompanying Bullet ID app has direct, secure and authenticated access to the supply chain database. This provides a seamless connection for the lifecycle of the ammunition that can save billions of dollars, tackle black market activity, and empower the police to better handle firearm crimes.

“We set out to revolutionize ammunition tracking and inventory management. Today our technology can improve ammunition inventory control and provide increased intelligence for military and law enforcement.

The Company has created an authenticated ammunition tracking system. The Company owns machines and proprietary software that work together to laser-etch a unique bar code onto the brass cartridge case of a bullet. The Company intends to sell its machines and proprietary software to ammunition manufacturers, law enforcement, and the military. The Company believes that this system of laser-etching allows for the traceability of a round of bullets from the point of manufacturing to the point of distribution to the end user.

The Company’s operating history is limited. It has been primarily in research and software development of its serialized bullets.

Limited logistics and inventory information for ammunition: There is currently almost no logistics and inventory information available for ammunition. This is reflected in the high amount of scrapped ammunition every year, in excess of $100 million in the U.S. alone. We believe that this problem is avoidable with quality quantitative performance data, such as the utilization of our ammunition tracking system for command field intelligence.

Limited global ammunition traceability: Currently, there is no forensic database to track illicit ammunition use. We believe the utilization of our ammunition tracking system would solve this and create a system similar to the current global fingerprint database.

National security: National Security anonymity requirements render the global illicit ammunition tracing initiatives ineffective. We believe this should change. For example, the U.S. provides ammunition to foreign countries on their aid bill. However, theft of ammunition occurs, which cannot be traced. An authenticated ammunition tracking system would help mitigate this risk.

Opportunity cost: Money, knowledge, and significant opportunity costs are left behind with every cartridge issued and NOT identified/tracked. Specifically, the cost of research and forensic investigations would be significantly reduced if the ownership of cartridges can be traced closer to the end user. Currently, there is no study or information available.

To implement our technology – country by country – worldwide. We believe that if we can acquire a sufficient customer base, the Bullet ID solution will:

Prior to 2021, the Company contracted the development of custom enterprise blockchain/database software. As of July 2021, the Company’s solution was re-built on top of newer technology sourced from technology partners in order to ensure production-readiness and ongoing development and support. This allows the integration of existing database/blockchain infrastructure as well as interoperability with upcoming digital identity infrastructure.

Customers
The Company believes that its primary customers include: ammunition manufacturers, law enforcement, and the military. The Company intends to sell the ammunition packaging machines
and supply chain software with a dedicated sales team and global partners.

The laser etching process does not affect the performance, integrity, or accuracy of the round.

Developing and testing the technology to make sure it is perfect. Supply chain issues. COVID-19.

Spread the word about our technology, invest, and join our team.