Canada is the second largest country in the world, covering 9.8 mullion square kilometres. The country is divided into ten provinces and three territories. The provinces are Alberta, British Columbia, Manitoba, New Brunswick, Newfoundland and Labrador, Nova Scotia, Ontario, Prince Edward Island, Quebec, and Saskatchewan and the territories Yukon, Nunavut and the Northwest Territories.

With so much space and areas that differ widely from each other, it can be challenging to choose the best province to live in. We have chosen the five best provinces, but first a little background information.

Canada is home to 37 million people, but the population is very unevenly spread, with some provinces being more densely populated than others. There are also large areas that are mostly inhabited to because of their inaccessibility or harsh climate.

All federal institutions in Canada are bilingual, and both languages are actively promoted. Children have the right for primary and secondary education in their first language regardless of their province or territory.

Canadian media uses both languages and major national institutions are committed to promoting the use of French alongside English.

Because Canada is such a vast country, the climate varies hugely from the SouthEast to the NorthWest. While the north of Canada is extremely cold, with summers lasting less than two months, the climate near the southern border is warmer with plenty of sunshine.

The climate on the west coast is rainy and temperate. In this region, it rarely snows except in the mountains. The weather nearer to the east coast and the great lakes is continental, which means cold and snowy winters and warm and humid summers.

Determining the best provinces and territories to live in is not an easy task, since our likes and dislikes can vary so much. Therefore, we have considered the best areas to live in different categories: 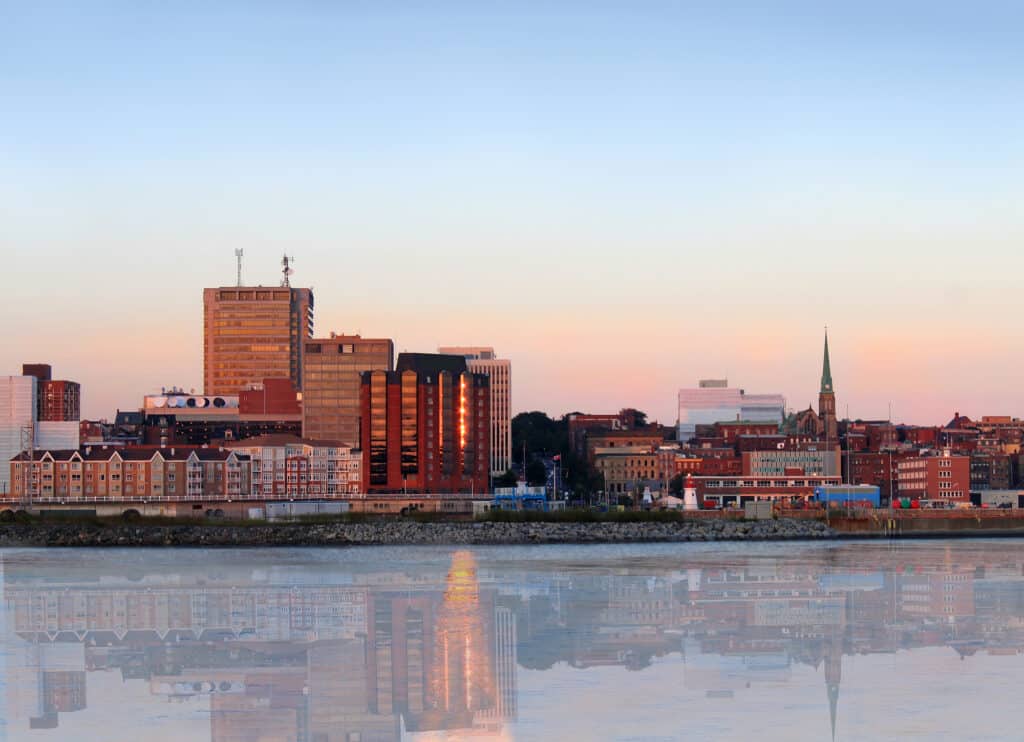 New Brunswick is one of the smaller provinces in Canada. It is in the SouthEast and shares a border with the State of Maine. Most of New Brunswick’s boundary is coastal and it has many sandy beaches. The Gulf of St Lawrence and Northumberland Strait have the warmest salt water north of Virginia.

There are just under 800,000 people living in New Brunswick and approximately 33% speak French as their first language. The largest city in the area is Greater Moncton, Saint John is the oldest and Fredericton is the capital.

The province has an excellent health care system which promotes self-sufficiency and personal responsibility whilst providing required services, supporting those in need and preventing illnesses. Public Health Clinics are located throughout the province, ensuring that all residents have equal access to health services.

New Brunswick is a beautiful province with a coastline carved by the world’s highest tides. The area is also famous for its salmon rivers and has miles of unspoiled countryside and parklands. Most cities in New Brunswick have all the amenities you could ask for and thriving arts and culture scenes. The province offers plenty for all lifestyles.

The province invests in providing world-class learning and has formed partnerships with private industry to ensure all students receive a computer-based learning curriculum. The high school graduation rate in New Brunswick is the highest in Canada—over 85% and there are five universities and nine community colleges in the province.

The best for wilderness – Saskatchewan and Alberta 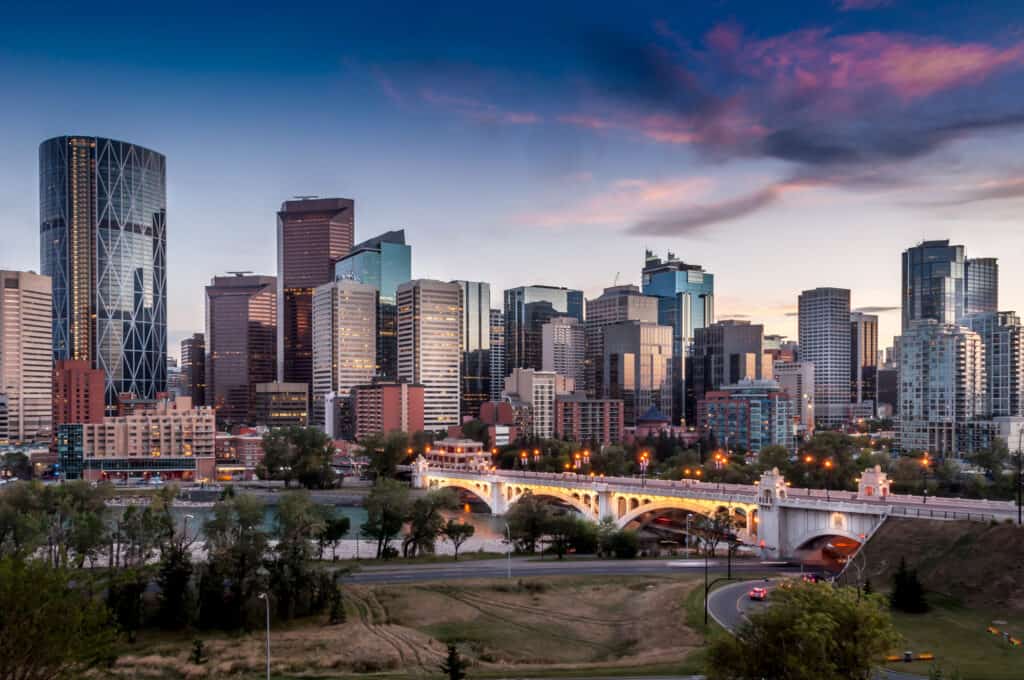 This one is a tie because both Saskatchewan and Alberta have some stunning wilderness areas. With Canada being such a vast country and with many areas mostly untouched by people, other provinces and territories offer some wonderful wilderness, too. But since we couldn’t include every single province, we had to narrow it down to two in this case.

Alberta has a wide range of wilderness to explore. It has waterfalls, mountains, foothills, caves and glaciers that are all worth seeing. The province borders British Columbia in the west and Saskatchewan in the east.

Some examples that wilderness lovers will enjoy exploring in Alberta include the Athabasca Sand Dune Ecological Reserves. There are twelve metre tall dunes and sixty metre high kames which are classified among the largest in the world.

Half of Alberta is covered in Boreal Forest, which is the largest contiguous boreal protected land in the world and is home to a plethora of wildlife. The Hard Luck Canyon is a unique formation of banks and cliffs and numerous hiking trails make it easy to explore the area.

Saskatchewan’s natural beauty is on parallel with Alberta’s, hence the joint honour of being the best for wilderness. The province has wild forests, beautiful rivers and lakes to the north while the southern region is covered by expansive plains.

The Athabasca Sand Dunes in Saskatchewan are a natural wonder and they are different from the ones found in Alberta. These dunes are the largest active sand surface in Canada and visiting them requires careful planning and going with a guide is recommended.

Big Muddy Badlands Outlaw Caves get their name for providing shelter for outlaws once upon the time and they were part of the Outlaw Trail—a stretch of untamed country between Canada and New Mexico. The Crooked Bush, with its twisted trees that grow sideways is another unique natural wonder in Saskatchewan. 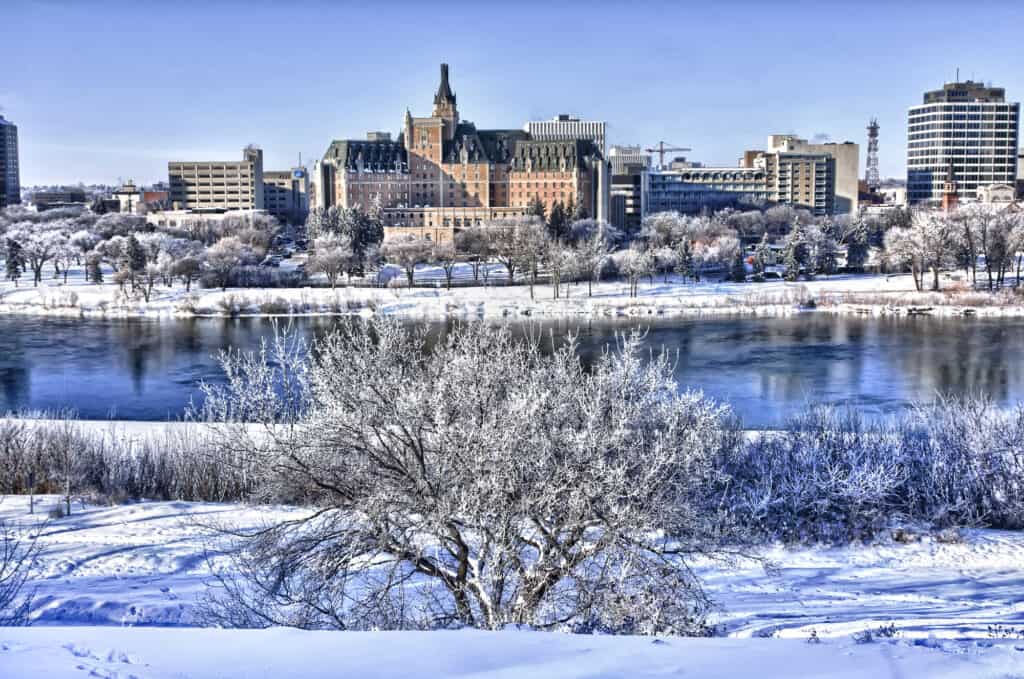 Out of all the provinces, Saskatchewan is the only one with two entries on the list. It is the best province for employment opportunities because it leads Canadian provinces in job growth. It recorded the highest job growth rate in all of Canada in the latest survey (from December 2021) by Labour Force.

It is worth noting that there has been growth on the job market across the country. However, Saskatchewan recorded the highest month-over-month growth rate. The province recorded 6,000 new jobs in December 2021, which was an increase of 1.1% from November.

Even during the pandemic, Saskachewan continued to create jobs and has consistently had one of the lowest unemployment rates in Canada. The unemployment rate in Saskachewan is 5.4% compared to 5.9% for the country as a whole. Some of the main employers offering new jobs in the province are in the health care, technology, and science sectors.

For non-Canadians, Saskatchewan also runs a new immigration pilot project to help to fill certain in-demands occupations. Sectors that have the highest need for employees include health, agriculture, hospitality and construction. 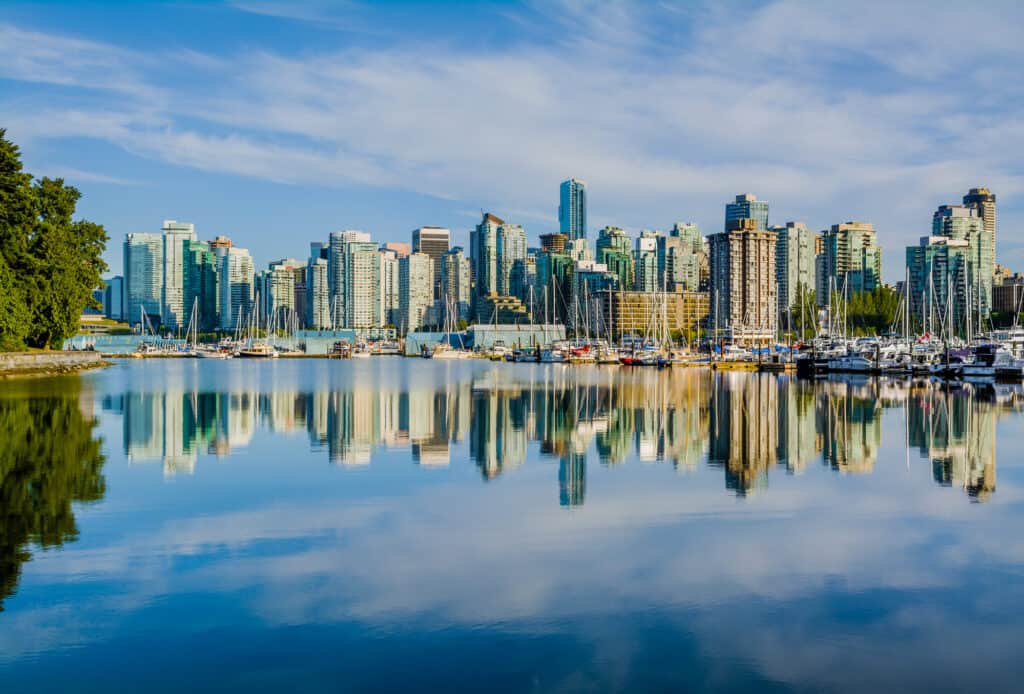 British Columbia is Canada’s westernmost province between the Pacific Ocean and the Rocky Mountains. The ocean and the mountain range have a strong effect on the climate in British Columbia and many parts of the province, especially on the coast, have a very mild climate where it rarely snows in the winter.

The cost of living in British Columbia is higher than the Canadian average, but in return, its residents enjoy a very high standard of living. There is an excellent health care system which is free for everyone eligible. Permanent residents can apply for the Medical Services Plan, which is the provincial health insurance covering all necessary services.

Employers in British Columbia pay competitive wages and often offer their employees extended benefit plans. There are diverse employment opportunities in many sectors, including manufacturing, technology, agriculture, tourism and health. Many new jobs have been created in the province in the recent years and as a result, the unemployment rate is the lowest it has ever been in British Columbia.

British Columbia is one of the safest provinces in Canada and has one of the lowest crime rates. There are effective crime regulations in place and residents are unlikely to experience break-ins or assaults. There is also an excellent public education system with several world-class universities and colleges. British Columbia uses the Education Quality Assurance to assess and standardize post-secondary education to ensure its competitive edge both nationally and internationally.

British Columbia is a diverse province with immigrants making up about 27% of the population. Approximately 5% of the population are indigenous peoples. This mix of backgrounds makes the province ethnically and culturally diverse. It also means linguistical diversity and in addition to French and English, languages such as Korean, Chinese and Punjabi are also widely spoken.

The most beautiful – Nova Scotia 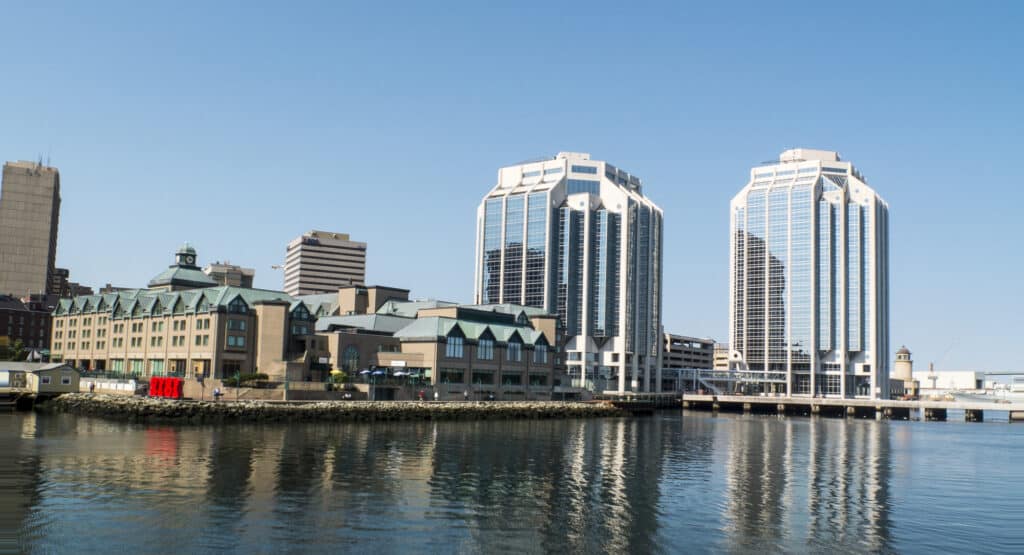 All Canada’s provinces and territories offer astonishingly beautiful scenery, but Nova Scotia is often considered the most beautiful province. It is located on the eastern seaboard of North America. Its name is Latin for New Scotland and the province was one of four original provinces forming the Dominion of Canada in 1867.

The province has picturesque fishing villages, rolling green hills and stunning coastal cliffs. Almost nine-tenths of the province is unsuitable for agriculture because most of it is forested terrain of acidic and metamorphic rock. The Joggins Fossil Cliffs that have many fossils were designated a UNESCO World Heritage Site in 2008.

Another UNESCO World Heritage in Nova Scotia is the town of Lunenburg. The town has won many awards including ”The Most Beautiful Small Town in Canada” and ”The Prettiest Painted Places in Canada”.

Nova Scotia’s coastal route, known as Cabot Trail, is often ranked as one of the most scenic routes in the world. Along the 298 kilometre route, there are waterfalls, long beaches and dramatic sea cliffs with views of the Atlantic Ocean.

The province also has some of the most beautiful beaches in Canada. Crescent Beach is one of them with 2 kilometres of sandy shores that you can actually drive on. Another beautiful beach, which is on the Cabot Trail, is Ingonish Beach where you can go from the ocean to a lake within just a few steps.

It is easy to see that being such a vast country, life in different parts of Canada will be very different. The climate will differ, as will the scenery and density of the population. Even within the larger provinces, life can be very different from the south of the province to the north.

But what all thirteen Canadian provinces and territories have in common is the quality of life. British Columbia ranks highest within Canada, but wherever you are within the country, you’ll still enjoy a high standard of living.

In 2021, Canada ranked as the best country in the world in the U.S. News Best Countries report ahead of Japan and Germany, which placed second and third. So whether you choose to live in one of the provinces included in this article or in one of the other provinces and territories, you will have a high standard of living and be surrounded by beautiful scenery.