Canadian Universities are among the best in the world. They have high academic standards and students are guaranteed to receive world-class education. There is robust quality assurance through provincial legislation and through reviews by national and international outside agencies.

The universities in Canada offer a wide range of choices and prospective students can choose from large and small faculties, English, French and bilingual programmes and between studying in vibrant, large cities or smaller town campuses.

All Canadian Universities share a dedication to high-quality teaching and research and to providing their students the best learning opportunities and career prospects.

Degrees offered by Canadian universities are highly regarded internationally and students have the freedom to choose flexible and interdisciplinary programs and training through internships.

Education in Canada is also relatively affordable, with the living and tuition fees lower than many other English-speaking countries. For international students, Canadian universities have services to help students adapt to Canadian life with the help of student advisors, academic associations and social clubs.

With so many high-ranking universities to choose from, Canada is an excellent place to study for Canadians and international students alike.

But how to choose the best university for you?

In this article, you will find the top three universities in Canada in the following categories: 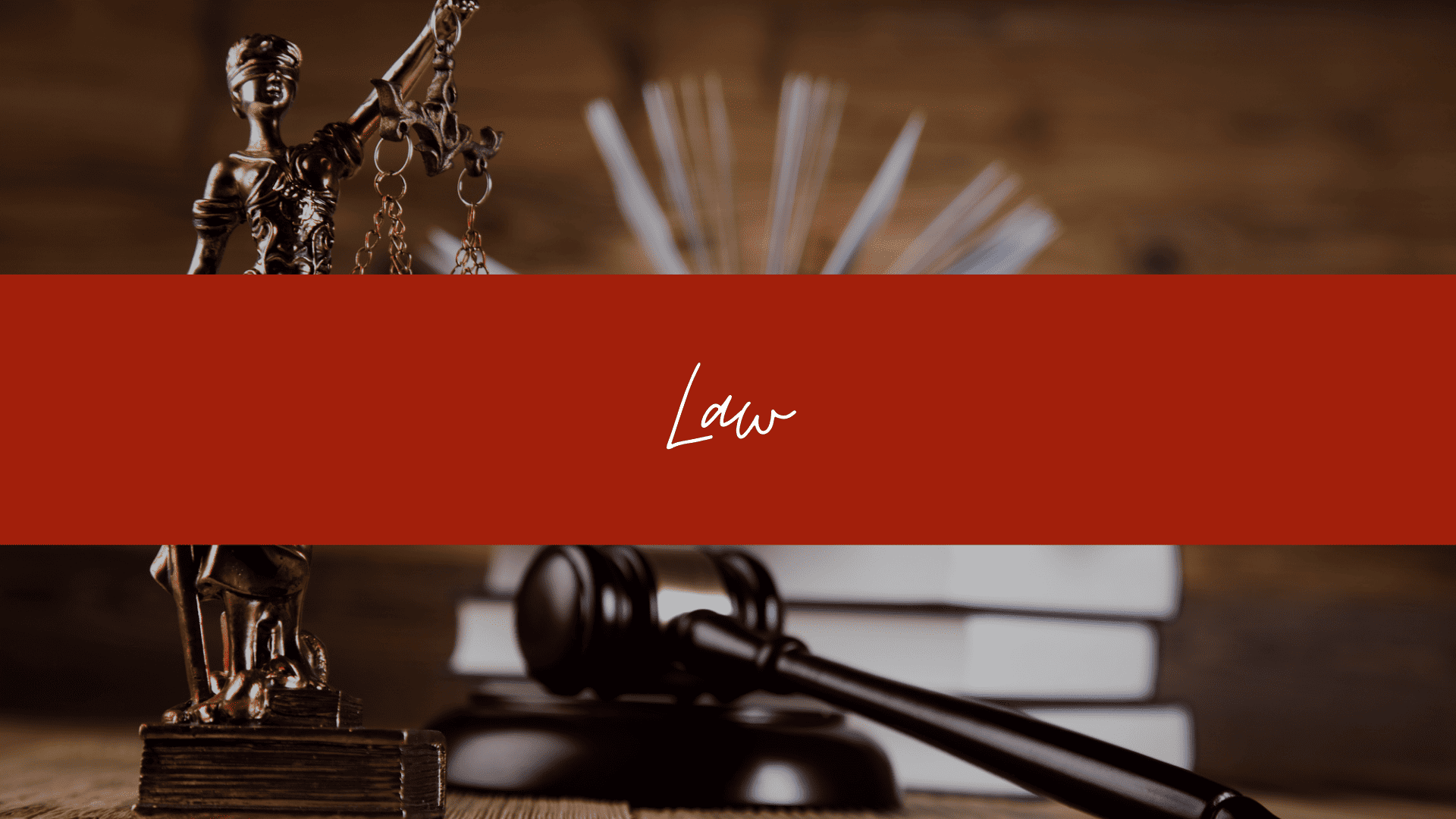 The University of Toronto consistently ranks at the top on lists for best law schools in Canada. Established in 1887, the Faculty of Law is one of the oldest faculties at Toronto University. The students are diverse and show a strong commitment to justice in their communities and around the world. Many influential people, including four out of the nine Justices of the Supreme Court of Canada, trained at the University of Toronto.

McGill’s Law Faculty focuses on legal tradition and Common and Civil Law. It is Canada’s oldest school of law and one of the most selective. Only 11% of applicants receive offers of admission. It has an impressive alumnus with Prime Ministers and Supreme Court judges among its past students. The law school publishes the McGill Law Journal, the most cited publication by the Canadian Supreme Court and the faculty’s Nahum Gelber Law Library has one of the most impressive collections of history of law in Canada.

The Allard School of Law at the University of British Columbia has been established for over seven decades. Focusing on various legal areas, the law school provides professional lawyers to community and government posts and assists students in meeting the prerequisites for practising law in Canada. The law faculty publishes several academic journals, including the Canadian Journal of Family Law, with a focus on the changing nature of Canadian family law.

The McGill University has an excellent reputation for teaching, clinical training and research. It is one of the leading universities in the world and has over 5,500 medical students. The school has a world renowned biomedical research unit with the latest imaging technologies.

The University of Toronto’s medical school was founded in 1843, making it one of the oldest in Canada. The medical school provides diverse and extensive areas of studies and is a global leader in research and teaching. Through forming close links with their hospital partners, the medical school has earned its place as Canada’s leading research enterprise. The faculty is divided into 25 institutes including paediatrics and surgery.

Graduates from the University of British Columbia are trained not only as competent physicians but also as skilled scientists capable of successful and competitive clinical careers. The program of study is customized to meet the career goals of each student based on their background, previous experience and their field of expertise. The University has the second largest medical degree program in Canada. 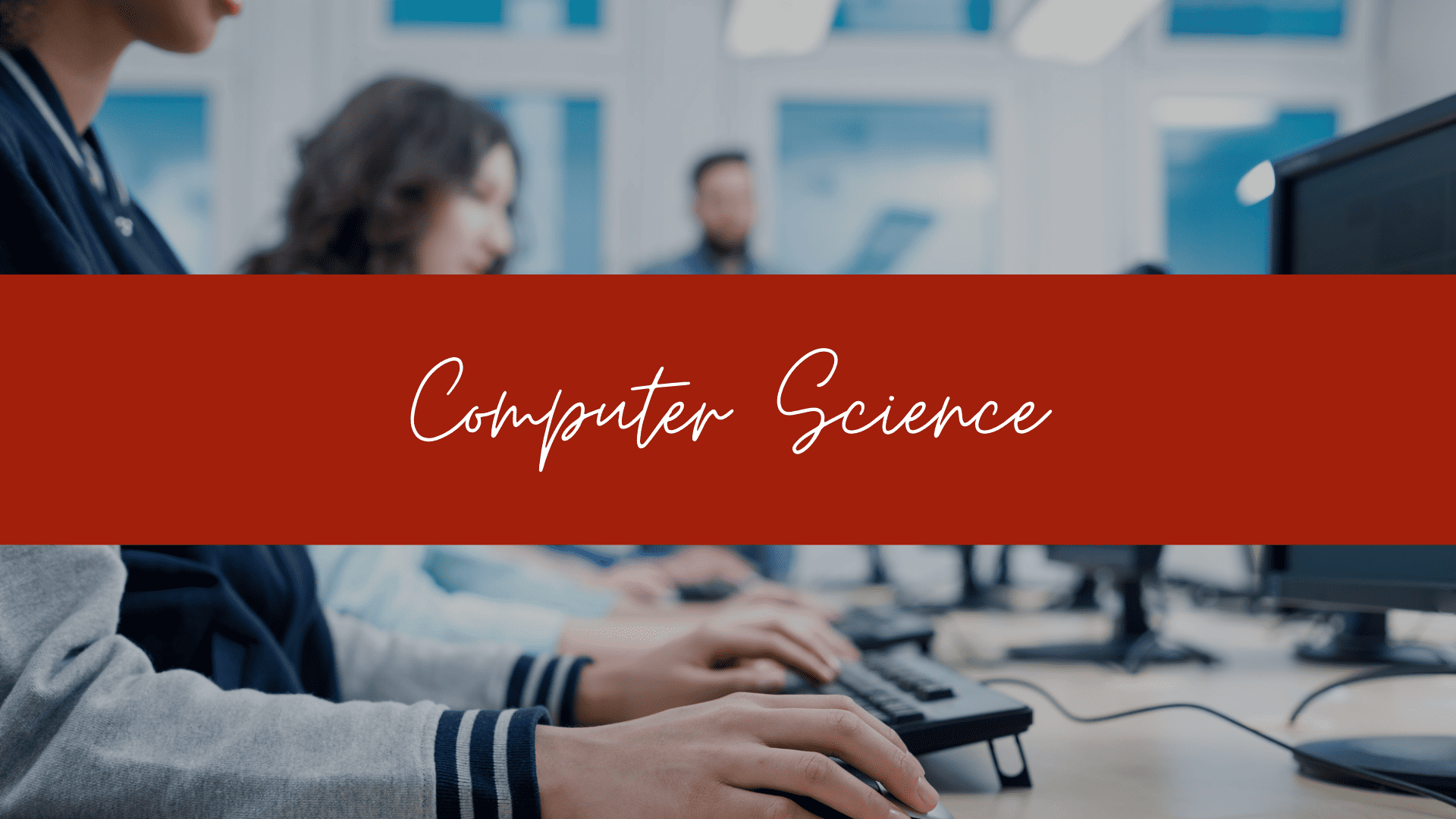 Students at the University of Toronto Computer Science programs will learn how to develop computer applications, investigate mathematical problems and design software. There is a lot of emphasis on developing scientific knowledge and creative approaches to excel in the computing industry. After the first year, students will choose two programs to focus on from options including AI, game design and human computer interaction.

With sixteen research groups, over forty members of staff and over 3,000 students, the University of Waterloo has the largest academic concentration of computer science researchers in Canada. The university receives a high ranking because of the depth of talent and quality of original ideas published by the faculty’s members and students. The science and engineering faculty has worked with over 1,000 industry partners and is a leader in areas such as wireless communications, robotics and 3D printing.

The Computer Science department at the University of British Columbia offers core studies and specialized courses enabling students to find work in diverse areas including genomics, robotics, medicine and environmental technology. The university also offers science co-op and tri-mentoring programs with opportunities to interact with industry and to volunteer in the outreach programs the department runs.

The Vancouver School of Economics ranks high both among Canadian universities as well as globally, sitting just behind the University of Toronto on global rankings. The faculty offers both undergraduate and graduate degrees and has leading experts in finance, economics and international trade among its staff.

The York University department of economics has both graduate and undergraduate programs of study. Their highly skill professionals equip the students with the necessary skills to understand, solve and evaluate economic theories and interpret economic behaviour through empirical testing and use of data. 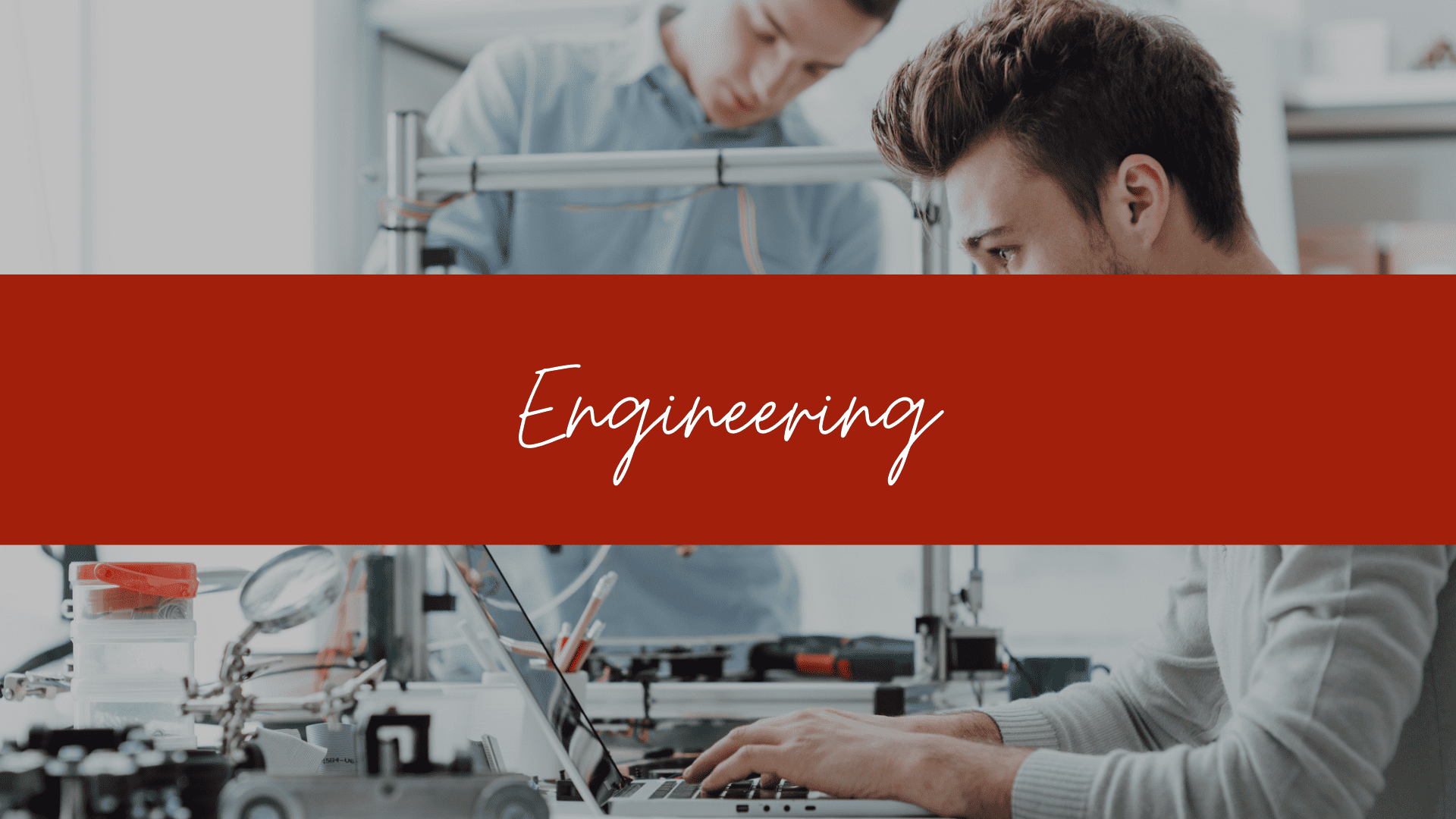 The university of Toronto’s engineering faculty is a popular choice among both Canadian and international students because of the diversity of courses on offer and its commitment and affordability. The professors at the faculty receive several awards each year for excellence in education and research.

The University of Alberta enjoys a high international employability ranking, meaning its graduates are always sought after by employers. The engineering faculty is also known for its globally renowned professors as well as its excellent laboratories and teaching spaces, specialized facilities and research.

Carleton University is located in Ottawa, which has excellent employment prospects, and the graduates from the engineering department enjoy a record 91.2% employment rate. The decree program at Carleton University offers thirteen different engineering majors and equips graduates to undertake a broad range of roles, including designing machinery, software, and medical devices.

The Arts and Humanities Faculty at the University of Toronto offers eighty programs of study. They include degrees in art, religion, drama, music, philosophy and languages among their courses. It is also one of Canada’s largest and most research-intensive arts and humanities faculties.

The Faculty of Arts and Humanities at McGill University has more than 9,000 students and over 300 professors and is one of the university’s largest faculties. The faculty has thirteen departments and also offers 22 interdisciplinary programs to students looking to combine their art and humanities studies with another discipline.

The University of British Columbia’s Faculty of Arts and Humanities has 76 Royal Society of Canada Fellows and 26 active Canada Research chairs. There are six undergraduate degree options and nine dual degree options for those wishing to combine their arts and humanities with another area of study. There are also many opportunities for work experience, research, and community engagement.

Most popular with international students 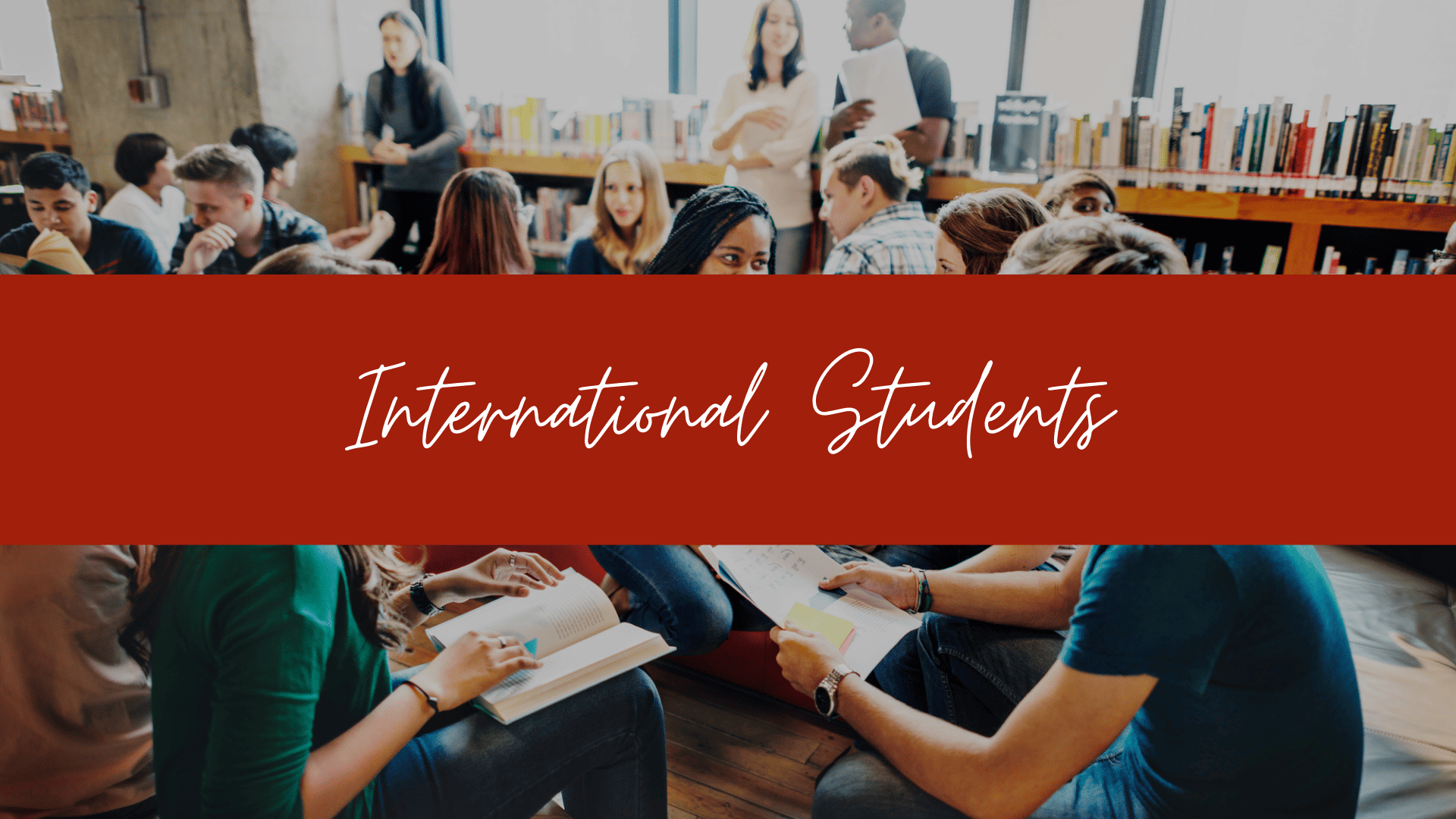 The University of Toronto is one of the world’s most research-focused universities and they offer accelerators, programs and networks that help entrepreneurs launch their ideas. In the last five years, over 150 startups have launched from the university campuses. The university has students from 160 countries thanks to its high international ranking, globalized curriculum and international learning opportunities.

The University of British Columbia is popular and highly ranked because of its focus on research and up-to-date facilities for students. It is consistently ranked among the top twenty universities in the world. For international students, the international engagement of the university is a key factor when choosing between Canadian universities.

McGill University has students from over 150 countries attending their degree programs. It is one of the most diverse research-intensive universities in Canada. The students at McGill have the highest average entering grades in Canada. International students wishing to study at McGill must have high academic credentials and a proven proficiency in English. 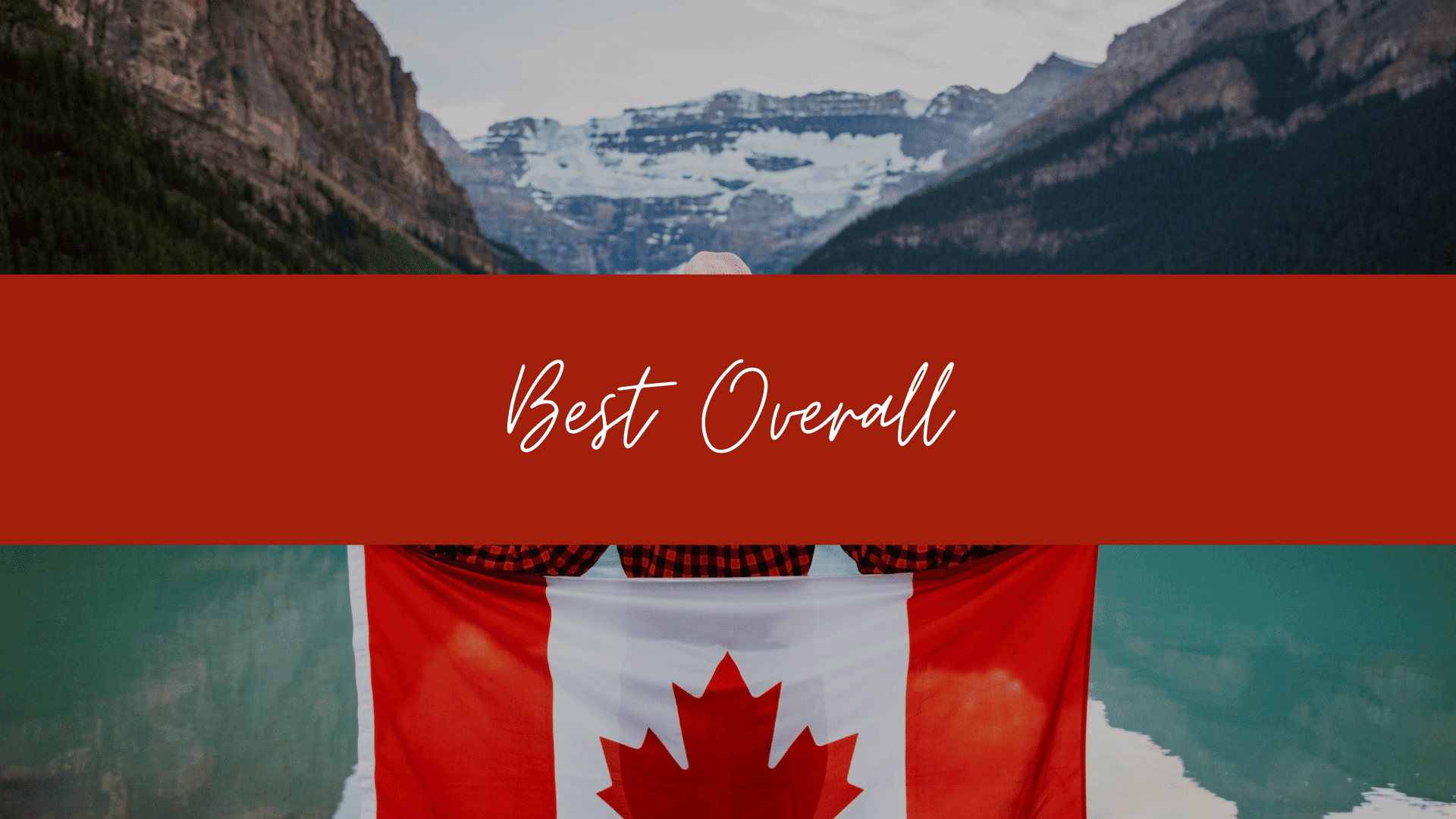 The University of Toronto, founded in 1827, has over 980 programs and is spread out in three campuses housing over eighteen faculties. Over 80,000 students are enrolled at the university, which offers undergraduate, postgraduate, and doctoral degrees. The main language of instruction at the Toronto University is English. However, courses are also available in French.

Over the years, there have been major scientific breakthroughs from the university including insulin and stem cell research and the first successful lung transplant. It receives the most funding from private and government sectors thanks to its research output.

The University of British Columbia is known for its traditions in multidisciplinary research, having the world’s largest cyclotron and one of Canada’s largest libraries. As well as having all the state-of-the-art research facilities on campuses, the university also manages several research centres and cooperates with over 200 universities abroad.

The university is a global centre for learning and research. It was founded in 1908 and is now home to over 65,000 students at its two campuses located in Vancouver and Okanagan. It has been recognized for its commitment to sustainability and has an excellent reputation internationally for advanced research and learning.

The McGill University, established in 1813, has the nation’s first Faculty of Medicine and is currently organized into eleven main faculties and schools. The largest faculties are medicine, engineering, arts, science, and management. McGill has a history of making scientific contributions, including the first artificial cell and Plexiglass.

The university offers more than 300 courses in over forty fields and offers degrees for undergraduates, postgraduates and doctorates. It is famous for its law and medical schools and is affiliated with three hospitals.