Canada is a popular choice, with many people looking to move to a different country. Its beautiful nature and a high standard of living attracts hundreds of thousands of people every year. In 2021, a record 401,000 people made Canada their new home.

But Canada, like every other country, has downsides as well as all the positives. Anyone thinking about moving there should know and consider all aspects of living in Canada before making their decision. In this article, we look at the pros and cons of living in Canada.

Pros of Living in Canada 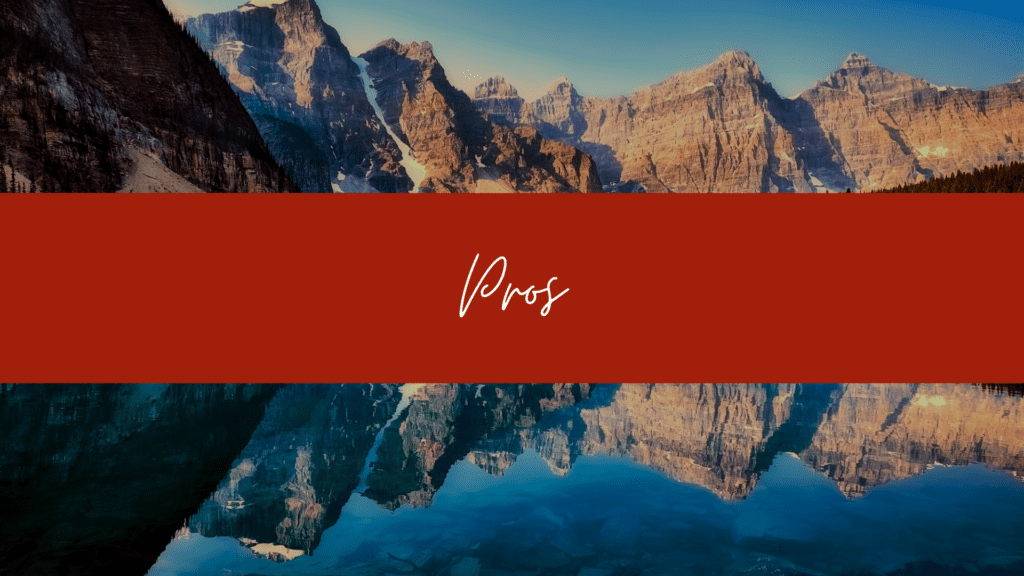 Canada has a healthcare system that ranks among the best in the world. All Canadians and permanent residents benefit from free healthcare. There is a lot of focus on prevention of illnesses and injuries, including education healthcare programs that teach the elderly how to avoid injuries.

Many Canadians, almost two-thirds in fact, also benefit from private health insurance, 90% of which are paid for by unions or employers. The insurance covers additional services such as prescription drugs, dental and eye care. It can even be used to pay for private hospital rooms.

In most parts of Canada, there are plenty of job opportunities as well as shortages of skilled workers. One reason for this is Canada’s economic growth and the creation of new jobs. The second reason is the aging population, a problem common to many Western countries, with large numbers of retirees creating gaps on the job market.

It is important to note that not all areas of Canada are equal regarding the availability of jobs. For example, Windsor, Ontario had an unemployment rate of 11.5% and Calgary, Alberta 11.8% at the end of 2021. On the other end of the scale Quebec City, Quebec and Sherbrooke, Quebec both had very low unemployment rates at the end of 2021 with 2.8% and 3.4% respectively.

Canada has a strong economy, which hasn’t been affected as much as the economies in some other countries during the pandemic. The growth is sustained by the presence of large international companies as well the as the country’s support for start-ups.

Canada operates a free-market economy to ensure that people get economic freedoms. If you are looking to start a business in Canada, the procedures are very simple. There are many cities such as Thunder Bay in Ontario where the council or the Chamber of Commerce offers help with professional development and networking. So it is worth researching which cities are best for start-ups first.

Canada is a very safe country, with one of the lowest crime rates in the world. The country has less violent crimes, fewer break-ins and less crime over all than many other countries. However, although Canada is very safe on the international scale, there are differences across the country.

If you are looking for the safest cities based on the crime rate, then La Salle, Ontario is the safest in Canada. The city has a crime rate of 19.15, which is 74% lower than the national average. The next safest cities are Burlington, Ontario and Levis, Quebec.

Almost every city in Canada is multicultural, progressive, and diverse. For example, you can hear over 140 different languages in Toronto, the biggest city in Canada. Approximately 20% of the country’s population was born elsewhere, so newcomers will find it easy to fit in.

The most popular locations for immigrants are Ontario, British Columbia, Quebec, and Alberta. The cities are a mix of cultures and religious communities and this is reflected in the every day life from choice of restaurants to cultural offerings.

Canada has an excellent education system, which begins with primary and secondary education comprising eleven or twelve years of study. The public schools in most areas are fantastic and there is no need to consider private options. However, private schools exist and they sometimes offer additional alternatives and subjects.

There are also great post-secondary options in Canada, with many world-class educational institutions across the country. The universities and colleges offer opportunities for professional as well as technical training and many have links with business to provide hands-on-experiences.

Canada is the second biggest country in the world, yes it is bigger than China, but only has a fraction of its population. Spread over such a large area, most people will be able to find a part of Canada they love, from the cold northern territories, to the much warmer southern provinces.

Canada has 20% of the world’s fresh water in its lakes and rivers and has the longest coastline on the planet. The large forests and open lands are a home to a wild variety of wildlife, including bisons, bobcats, wolves and bears. In the north, you can even spot a polar bear since two-thirds of the world’s polar bear population lives in Canada.

Canada is one of the most progressive and tolerant nations in the world for personal rights. Canadians are protected under the Charter of Rights and Freedoms from any form of discrimination and racism. The anti-discrimination law is extremely strict and all acts of racisms are prosecuted.

Every person has the same rights regardeless of their ethical background, religious or sexual orientation. People are free to practice their own religions and celebrate their cultural heritage without fear of being marginalized. Canada supports the rights of the LGBTQ+ people and in 2005 became the fourth country in the world to legalize same sex marriage.

Many newspapers and much of the media content are available in different languages, including Spanish, Chinese and Arabic, and the government supports immigrants through translation services. The country is proud of its cultural diversity and encourages people to represent their nationality at school and at work.

Cons of Living in Canada 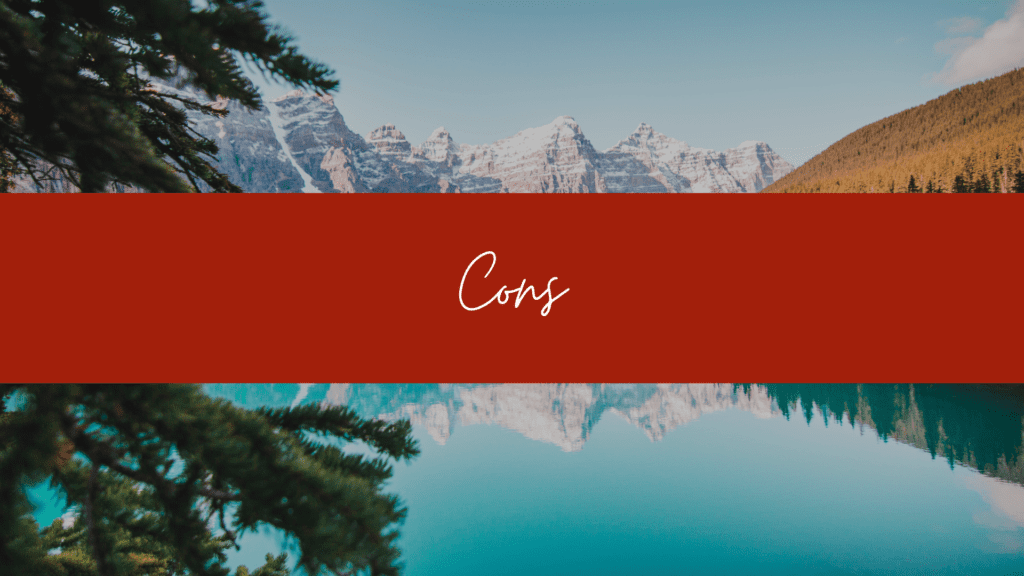 High Cost of Living in the Most Popular Areas

If you are looking to live in some of the most popular areas such as Vancouver Island or most parts of Ontario, the living costs are going to be high. Many of the cities in these areas, including Toronto, Vancouver and Victoria have average house prices of over one million Canadian dollars.

You also need to check out the cost of other day-to-day expenses in the area. For example, public transport, groceries, household bills, and childcare if you have young children. Taxes differ across the provinces and territories, with some areas having a lot lower income and property taxes than others, so make sure to do your homework before you decide on an area.

When you first move to a new country, you are most likely going to rent first while you find your feet. The cost of renting is expensive in the popular cities and you need to prepare to part with a large percentage of your salary to cover your rent.

Why are some areas so expensive to rent and buy? The reason is that there isn’t the supply of homes for the fast-growing population of the most popular cities. The scarcity of properties is bushing the prices up. But there is good news: many cities are addressing this issue and building new homes.

Yes, healthcare makes both the pros and the cons list. The reason it is on the cons list is that waiting times for long-term healthcare and elective processing can be very long, especially in bigger cities.

The other reason is the availability of healthcare services for people living in more rural areas. Some smaller towns in rural areas may not have their own healthcare services, so people in those areas face travelling for long distance to see a doctor or get to the hospital. However, people who choose to live in remote places are most likely aware of the situation and prepared to travel if need be.

Being such a large country, Canada has a range of climates- So even though climate is on the cons list, moving to Canada doesn’t automatically mean you will spend most of the year in snow-filled areas. In fact, there are areas such as Vancouver Island that hardly see any snow at all and the temperature rarely drops below zero. The drawback of these areas is that they tend to get a lot of rain.

The further north and inland you go, the longer and more severe the winters get. For example, in the most northern parts of the territory Nunavut, the temperature can however around zero even during the summer months. Its neighbouring territory, Yukon, is the record holder for the coldest temperature ever recorded in Canada, −63 °C in 1947.

We could argue whether climate should be on the cons list since there is so much variation. However, for people moving from other parts of the world, the climate can be challenging, which is why it can be considered a con.

Canada doesn’t have a great exchange rate compared to other developed countries in the world. It is weaker than the Euro, British pound and US dollar.

The low exchange rate makes buying online from the US or other countries with a stronger currency more expensive. But the good news is that it makes shopping local the more economic choice and thus supports the local economy.

Canada has tried to make the immigration process easier, especially since it needs foreign workers to fill the gaps in the job market. However, the immigration rules are still complicated. The average number of immigrants has been around 25,000 per year, despite the record 401,000 in 2021.

People looking to move and work in Canada for a short time need to pay an immigration fee depending on the area of their work. Skilled workers in the fields that have shortages will get a preference from the Canadian government.

When you apply to move to Canada, you need to be able to prove that you will contribute to boosting the Canadian economy. If you cannot prove this, it is likely that your application will not be approved unless you have family members who already have a Canadian residency status.

So there you have it, a list of eight pros and six cons of living in Canada, the biggest con most likely to be the high cost of living. But with high costs come high standards and great benefits such as free healthcare, great education and a country that looks after its citizens’ rights.