Canada is one of the best countries in the world to live in. It has free universal health care, a great education system, stunning nature and exciting cities, many of which are multicultural, expanding and fun.

It is a country that respects all citizens’ rights and has a strong and fair judicial system. It has one of the best living standards and lowest crime rates in the world, making it a safe place to live and to bring up a family.

What is interesting is that despite the high living standards, Canada has a reasonable cost-of-living index too. On the global cost-of-living table, Canada is 25th with an index of 70.22. The countries that have the highest index are Bermuda, 146.04, Switzerland, 123-35 and Norway, 100.9.

What does the cost-of-living index mean and how is it used to compare locations?

The cost of living index is based on the cost of different expenses including taxes, food, renting or buying, transport, household bills and healthcare. It also includes the cost of going out, entertainment and recreation activities. For example, the average costs of eating in a restaurant, a cinema ticket or a membership in a gym.

The baseline figure used to compare the cost of living in different countries or areas is 100. Those that score above the figure are more expensive and those that score under are cheaper. The lower the figure, the cheaper the area is and the more (in theory at least) you will have left in your pocket after all your expenses. 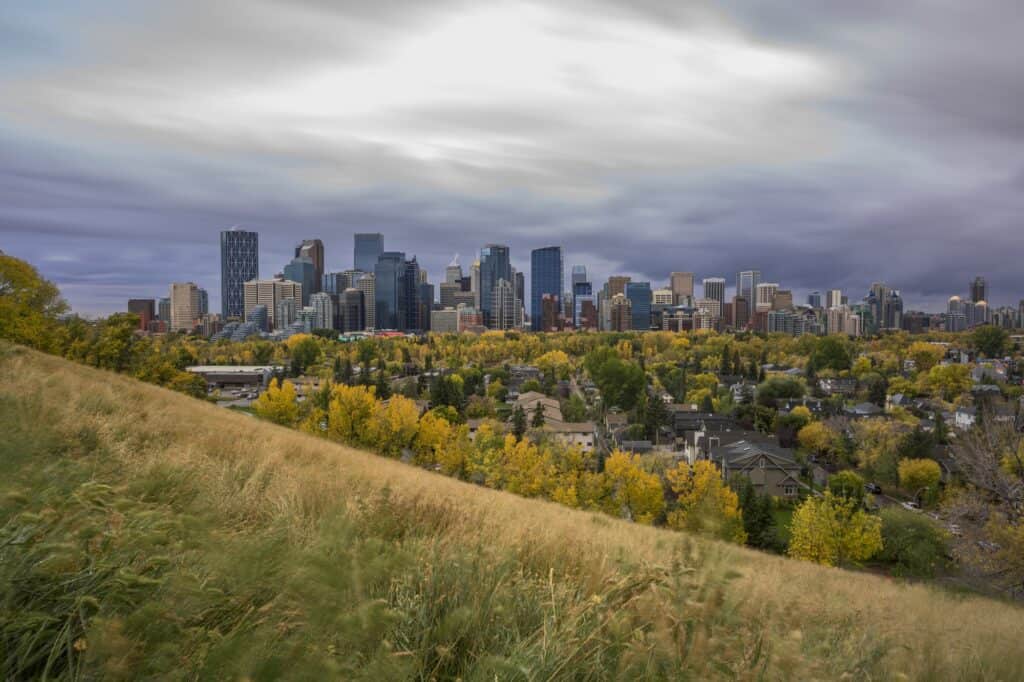 With a population of 103,000, Red Deer is smaller than an average size city for Canada. Situated in Alberta, much of the city’s working age population are employed in the oil industry. Other major employment sectors include agriculture and farming.

Red Deer has had a high unemployment rate in the past, but it has been steadily improving over the last year. In April 2022, the rate was at 6.6% compared to 10.2% in March 2021. The city is actively creating new jobs and is known to be very supportive of new businesses. There is a lot of support for start-ups helping them to develop their business.

Regina is the 16th largest city in Canada and a home to 215,000 people. It is the capital of Saskatchewan. It is considered a tax haven because it has low sales, property and personal income taxes.

Currently, the unemployment rate for Regina is 6% but there are jobs to be found in construction, agriculture, public administration and with the largest steel company in western Canda, EVRAZ. Wages in Regina are very competitive and it is not uncommon for families to live on one wage only with it covering all the bills and still being able to afford a happy and contended life. 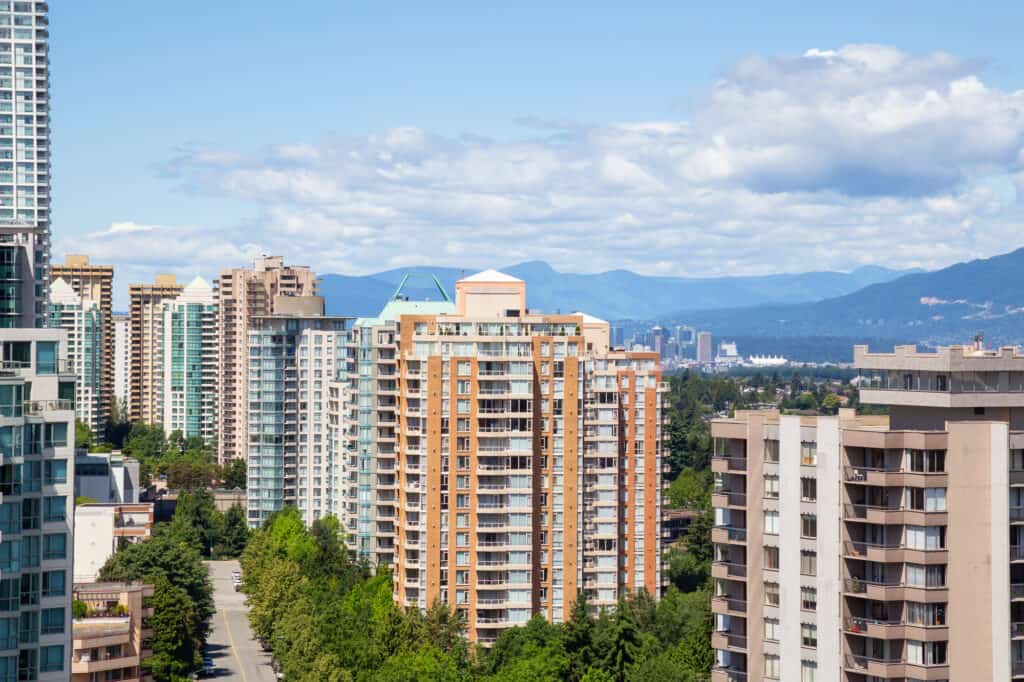 Burnaby, a city in British Columbia, is home to 232,000 people. It benefits from its proximity to Vancouver, which opens up additional employment opportunities for those Burnaby residents happy to do the short commute. Barnaby has a high cost of living, but it is still has the third lowest cost-of-living index in Canada because balancing factors such as competitive salaries.

The city also has a strong local economy and is projecting a future job growth of almost 37% in the next ten years. There are job opportunities in both private and public sectors, and the most in demand professions include education, law, health care and accounting. One of the country’s leading media companies, Canada Wide Media, has their headquarters in Burnaby and is another major employer in the area.

Windsor, which is on the Canada – US border, has a population of 217,000. Windsor has a low cost-of-living index thanks to affordable rental market and inexpensive food and transport.

Windsor doesn’t have the healthiest job market and the rate of unemployment is 8.3%. However, the good news is that the city is working hard to create new jobs and to improve the figure. The biggest employment sector in the city is manufacturing, with some of the biggest companies in the area being Stellantis, Ford Motor Company and Integram, all involved in the automotive production. The University of Windsor is also a major employer in the city and has been named one of the best employers in Canada by Forbes magazine. 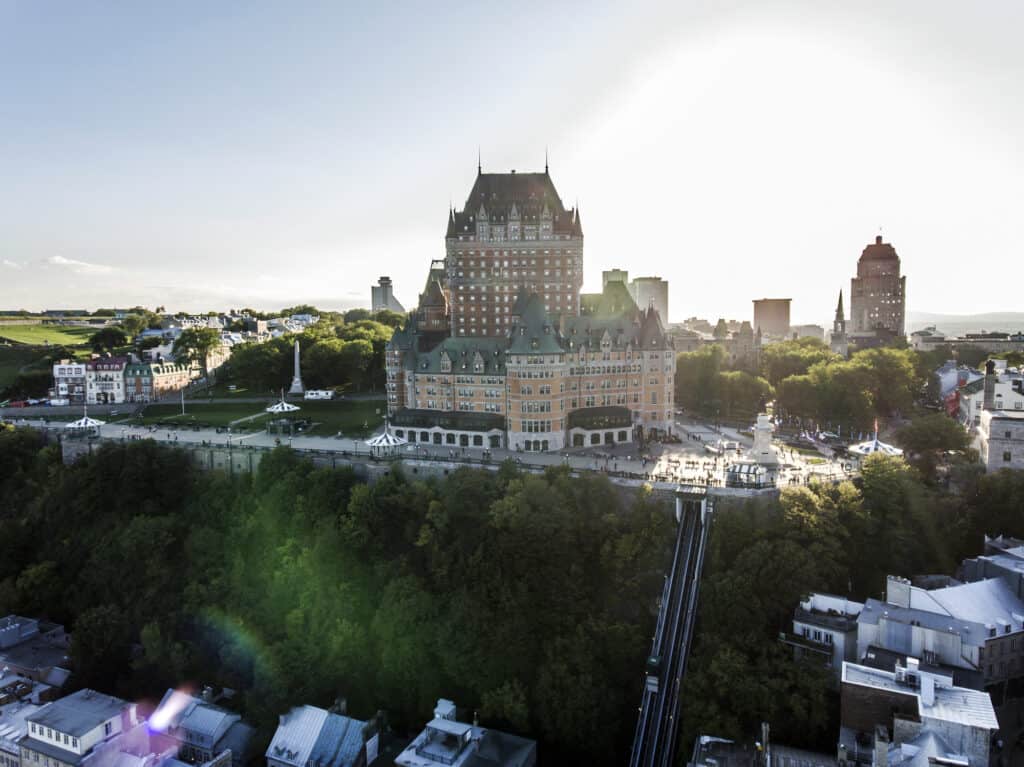 Quebec, a largely French-speaking city with a European feel, is the capital of Quebec. It has a population of 542,000 and is the eleventh largest city in Canada. It has one of the lowest crime rates in Canada, so it is a safe place to live and residents report they feel safe in their homes and around the city.

Quebec is very affordable, especially considering its size, and that it is the province’s capital. There is a healthy job market in Quebec and all employers must comply with the labour standards act, which ensures all workers are guaranteed at least the minimum acceptable working conditions. The major employment sectors in Quebec include tourism, government and the defence industry.

Kelowna, which is an Okanagan language term for grizzly bear, is situated on the Okanagan Lake within the Okanagan Valley. It is an affordable city where the cost of homes and living are both below the average for British Columbia.

The unemployment rate is currently quite high in Kelowna, 6.7% in March 2022, which is an improvement from the 7.1% just a month earlier. Kelowna also is, like many other Canadian cities, a city with an ageing population, which means there is a rising demand for workers in the city. Many people in Kelowna are employed in the health, retail and manufacturing sectors. 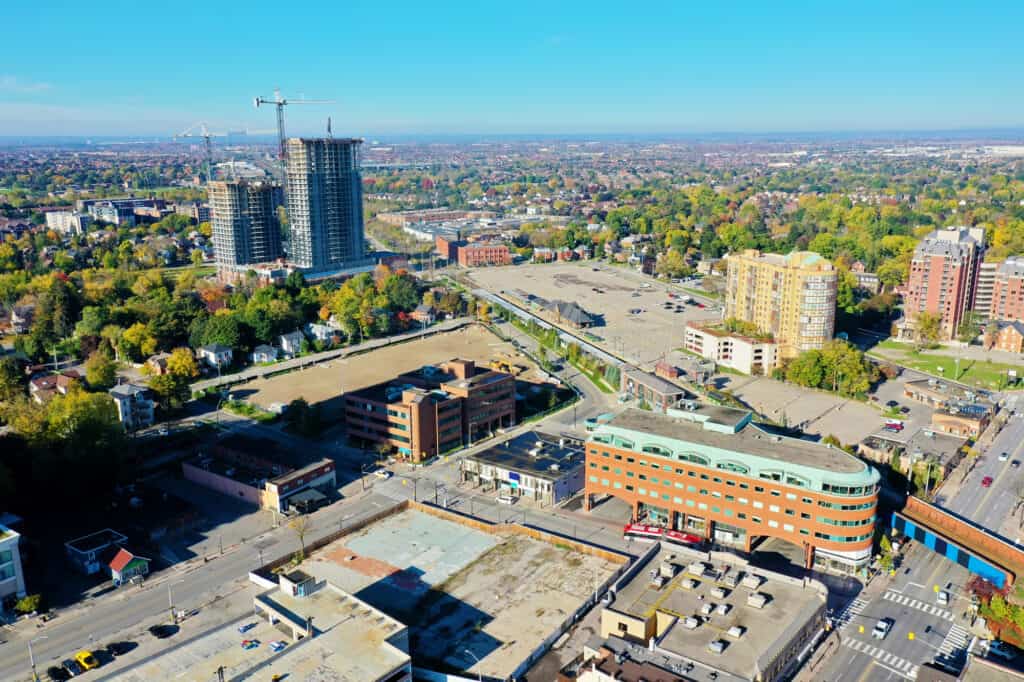 Brampton is a growing city with a population nearing 600,000. Since it is less than half an hour from Toronto, it has become hugely popular with people commuting to Toronto for work. The city’s population has risen by nearly 100,000 in the last ten years. Despite the surge in its population, Brampton still has an affordable real estate market, especially when compared to the nearby Toronto.

The main employers in Brampton include retail, manufacturing, food and beverage industries and business services. There is also a growing market for people looking to work in information and communication technologies.

Similarly to Brampton, Hamilton is also a popular choice among people who are looking for a cheaper alternative to Toronto. It is a slightly smaller city than Brampton, with just under 537,000 residents.

The city is in Canada’s most industrialized and populated area, and the job market in Brampton is strong. There are jobs within the steel industry and within tourism. Brampton also has excellent post-secondary education facilities, with many people finding employment in education. Health care is also a major source of employment with seven hospitals in Hamilton. 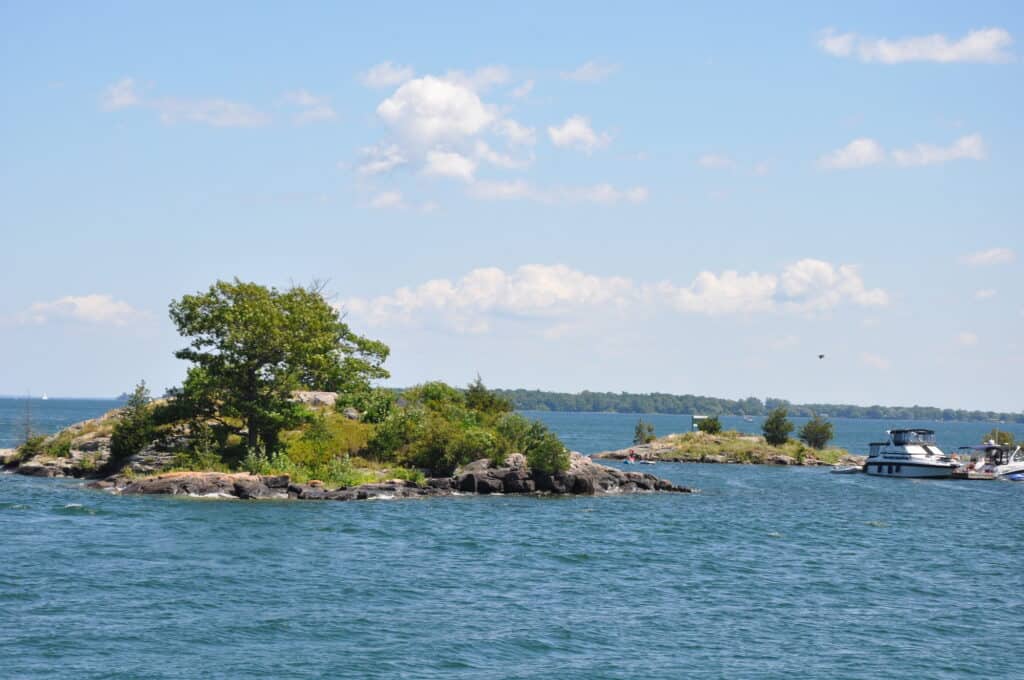 Kingston is located on the Lake Ontario near the border with the United States. It is home to just under 124,000 people. The city is not one of the most affordable for buying or renting, with its lakeside location pushing up the property prices. However, your day to day living is cheaper, which is why Kingston is the ninth cheapest city in Canada according to its cost-of-living index.

Many people in Kingston find work in health care, higher education, tourism, or in government offices. The job market in the city is strong, with even more jobs predicted to become available in the future as many people reach their retirement age.

Saskatoon is the largest city is Saskatchewan. It is in the central region of the province, on the South Saskatchewan River, and has a population of 246,000. Renting and buying are both very affordable in Saskatoon. For example, a bungalow will cost about a third of what it would cost in Vancouver. The residents of Saskatoon also benefit from one of the lowest tax rates in the country.

Many people living in Saskatoon find employment in the distribution and logistics sectors and the city has the nickname ”Hub City”. Agriculture is another major employment sector in the area and more recently, many digital media start-ups have made Saskatoon their base. 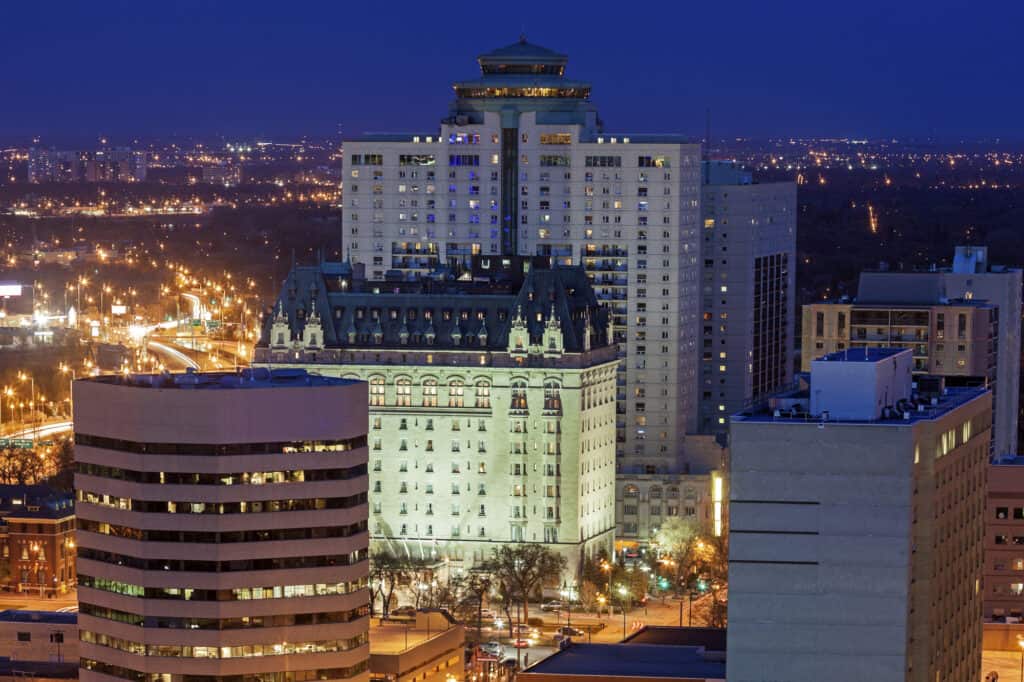 Winnipeg is the seventh largest city in Canada with a population of 705,000. There are plenty of job opportunities in the city with health care and construction being among the main employment sectors. The city also has a growing IT industry which is supported by manufacturing hubs.

What makes Winnipeg so affordable is the price of property as well as low living costs. There is abundant housing, which has kept the prices in check. Renting is equally affordable and there are plenty of one-bedroom properties for rent.

Surrey is the second biggest city in British Columbia after Vancouver. Being only 34 kilometres from Vancouver, it is a lot cheaper to live in than its neighbouring city. Despite more people moving to Surrey and still commuting to work in Vancouver, especially during and following the global pandemic, the house prices have remained affordable.

The main employment sectors in the city are manufacturing, agriculture, health care and education. There is also a growing number of employment opportunities in the information technology sectors with companies such as Apple and Microsoft. 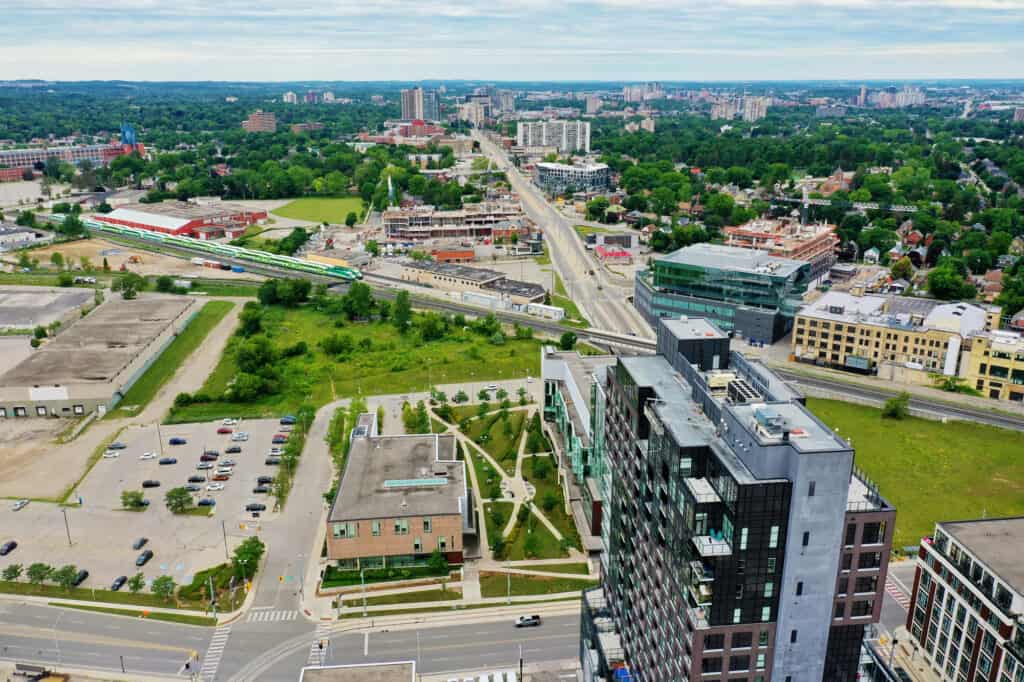 Kitchener is a home for 233,000 people and has seen many new residents arriving in search of cheaper properties. With the increase of work-from-home opportunities, many people have been moving out of bigger and more expensive cities in favour of smaller cities with a more affordable housing market.

As a result, the prices have increased in Kitchener, but it is still noticeably cheaper than in Toronto. And while a home in Kitchener will cost you almost double compared to Quebec or Montreal, the cheaper cost of day to day living still makes this city an affordable place to live.

The population in London is 404,000 and it is the fourth biggest city in Ontario. In London, too, the house prices have been steadily rising, but because other, day-to-day living costs are low, it is an affordable place to live.

The unemployment rate rose in London during and following the pandemic, but have no come back down. In March, the rate was 5.3%. Being a health care and education centre for the region, many people living in London find employment in those two sectors. There is also a growing IT and research sector in the city. 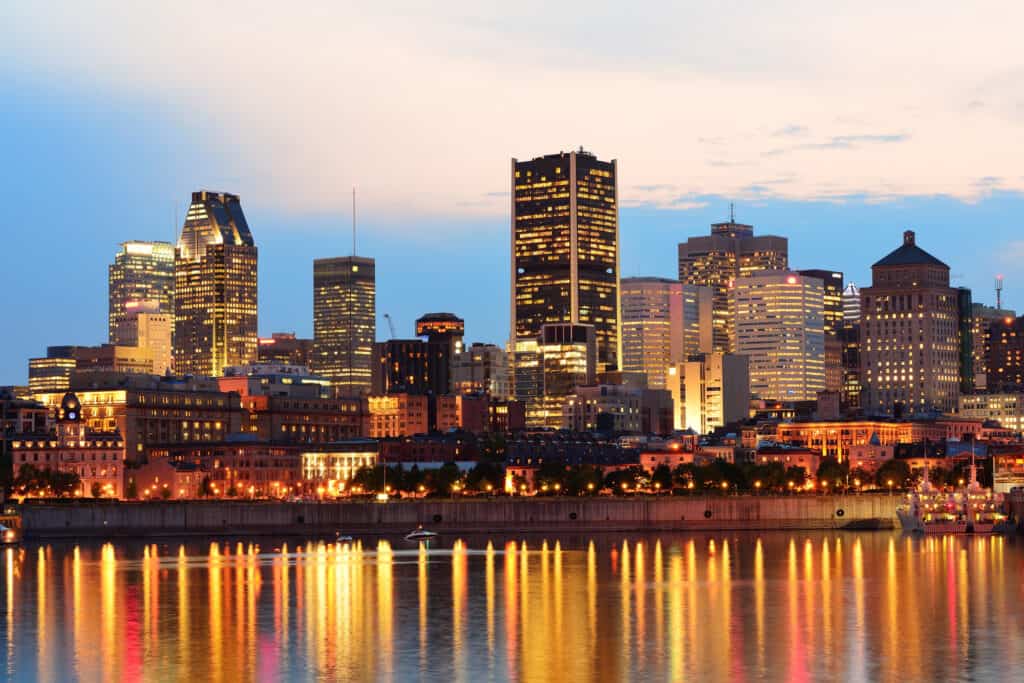 With a population of over 1.7 million, Montreal is the second largest city in Canada and the largest city in Quebec. The city has a strong economy, the second largest in Canada, and employment prospects in Montreal are good. There are job opportunities in various sectors including manufacturing and aerospace industry. Finance is also are a large employment sector in Montreal, with the Royal Bank of Canada and the Bank of Montreal both having headquarters in the city.

Despite its size, Montreal is still a very affordable city to live in mainly because its housing market is still extremely reasonable. A family house will cost around 580,000. Compare that to, for example Toronto, where you will be looking at over a million.

If you are looking to move to an affordable Canadian city, these fifteen cities give you plenty to choose from. They range from smaller cities to the second largest city in Canada and are located in six different provinces. And whichever you might choose, you will benefit from the high standard that is Canadian living.