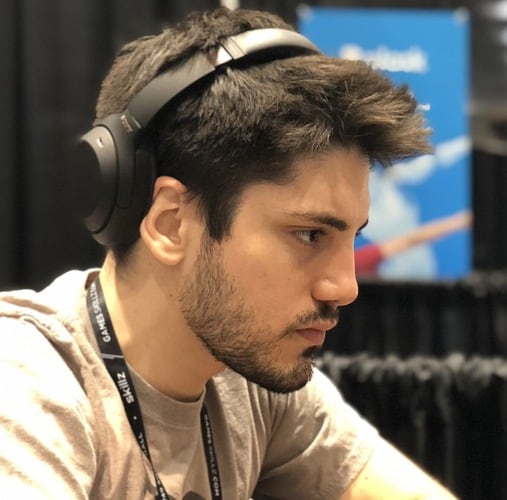 Isoforce Games has the mission of unlocking the amazing benefits of blockchain for traditional gaming players around the world. We are firm believers in the technology and want to leverage the blockchain to deliver innovative, high-quality gaming experiences to our players.

Even though I’ve always had a dormant dream of working in video games, I started my career as an engineer in the pharmaceutical industry. I worked with a variety of products, such as oncology and controlled drugs. I did a lot of portfolio management, project management, and business intelligence. It was in that industry that my passion for projects grew, as I was part of the Strategic Development team, and we were developing highly complex projects that would impact health access nationwide in Brazil.

At the same time, my love for video games and creating experiences for other people was always there. I thoroughly enjoy setting up environments and creating universes for people to get lost in, so I decided to try to learn more about game design.

I went ahead and did a couple of online game design courses, got to know some other people who shared that love, and started making game jams with random internet folks. To everyone’s surprise, we were making fun products and were actually finishing them up. I realized that this might be a new career path for me, but I needed to go much further to be able to break into the industry.

I looked everywhere and found a game design course in Vancouver, Canada. It meant leaving everything behind, a whole engineering career, family, friends, and relationships, but I had to give it a go. I had to actually try to achieve my dream of becoming a game designer, so I went ahead with it. In 2017, I moved to Vancouver to do a game design course!

It was a very fun year. I learned so much and made a ton of friends. Being in this highly focused environment allowed me to grow a lot as a designer and reconnect to my artistic side, and all the years working as an engineer gave me the structure and focus to be objective. My biggest achievement at the school, which in no way was an achievement that I did alone, was to create Mouse Haunt. Together with five colleagues that also became close friends, we made the best game ever created in that school. We won several prizes and were even invited to showcase the game at an e-sports event in Atlanta, U.S. called Dreamhack. It was the best feeling in the world, being able to create something with friends that so many people enjoyed and had fun playing!

Before the end of the course in 2018, I received an offer to work as a Game Designer for Bandai Namco Vancouver, and that was the beginning of my professional career in the gaming industry.

In 2019, I started Isoforce Games, as I’ve always had an entrepreneurial spirit, and I knew that I would, at some point, have an indie studio. At that point, I worked in the industry full-time, and my after-hours hobby was making games.

From Bandai, I moved to Skybox Labs, worked on Stella and Halo Infinite as a campaign level designer, then moved to The Coalition, where I worked as a multiplayer level designer in Gears of War 5, then on an unannounced project. I got to know so many incredible people, and I learned a lot from triple-A and indie development.

In 2021, I saw the blockchain gaming space, and it was very clear to me that it is an amazing technology. The demand is already here and only tends to grow. But the live products and companies out there are not good enough. Most of them don’t even have game development experience.

This is when, once again, I decided to jump head first into this industry and bring Isoforce Games to the blockchain world, partnering up with my current CTO that knows everything there is to know about building on the blockchain. Together, we have been making blockchain games for the past year, currently with 25 employees and two game modes released!

I would tell myself to keep taking care of myself! The work hours of owning a business can get very crazy, and your health can tank if you don’t set specific times and goals to wind down and take care of your body. 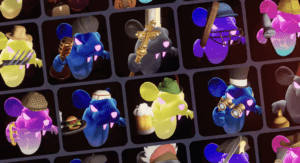 Current blockchain games are not nearly as good as they should be and are very hard to get into.

The decentralization of the blockchain, cutting out the middleman, and allowing players to also be part of the economic system of games. We will unlock a blue ocean once we translate the complex blockchain language (wallets, transactions, tokenomics) to traditional gamers.

The vision is to have blockchain games well integrated into the daily lives of billions of players. Unlocking this new decentralized world for them allows them to interact with exciting systems without predatory middlemen.

The bad picture that early blockchain games painted. Some companies were straight-up scams, and they negatively taint our industry. Isoforce Games aims to be a new light, doing things right in this universe.

Join our discord! We have a ton of gameplays running where you can have a lot of fun and earn prizes.
www.discord.gg/mousehaunt
www.twitter.com/mousehaunt
Shoot us an e-mail at [email protected] if you wish!