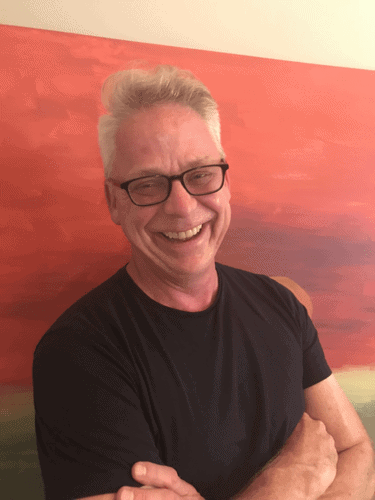 Switch VFX & Animation is the only award-winning, artist-owned, boutique Canadian studio that provides exceptional digital visual effects and animated content from initial concept development through to final delivery for some of the best names in the industry, including Netflix, Universal Studios, Warner Brothers, Lionsgate, Disney, Nickelodeon, Teletoon, Dreamworks and BBC Kids. Our focus is co-production, service work and education.

Currently serving as Executive Producer and CEO of Switch, Pete Denomme began his career as a classically trained animator. Fast forward more than 35 years later, 10 as President/Executive Producer at Alliance Atlantis, 30 feature films and tons of television credits, Pete continues to feed his creative passion by developing a full slate of intellectual properties and co-productions, coaching young talent and actively participating on industry boards and committees.

Recent credits include LOCKE AND KEY S3 (NETFLIX), WHAT WE DO IN THE SHADOWS S4 (FX on Hulu), GASLIT (STARZ), with the talented Julia Roberts and the unrecognizable Sean Penn, FROM (EPIX), START TREK DISCOVERY S4 (PARAMOUNT+), animated feature film KOATI, from the production team of Sophia Vergara and Mark Anthony plus the festival short THE PERFECT PROJECT, AN ANIMATED SHORT FILM ABOUT AUTISM.

Take a look at my IMDB to learn more.

Given that the past two years included the height of COVID, which was unprecedented, I am not sure what advice I would give myself. 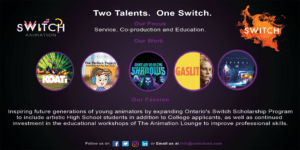 Switch invests in animated co-productions with like-minded partners to bring inspiring stories to life. In the case of The Perfect Project, An Animated Short Film about Autism, we saw a need to help children learn about their autistic classmates in a manner that was heartfelt and honest with a touch of humour. In the feature film, KOATI, the happenings in the Latin rainforest.

In addition, our visual effects team creates impactful imagery to enhance the scenes of many of your favourite series and films for studio partners like Netflix, Universal Studios, Warner Brothers, Lionsgate, Disney, Nickelodeon, Teletoon, Dreamworks and BBC Kids.

The inspiration behind our business is a passion for animation, creativity and good storytelling. We are looking to be a preferred partner for producers who want quality work delivered for the price quoted.

The magic sauce at Switch is the right mixture of experience (decades of knowledge of our leadership), artistry (as an artist-owned studio that fosters creativity), technical expertise and integrity with a passion for delivering a superior product to clients, on time and on budget.

To continue to deliver gasps and giggles to worldwide audiences and invest time, energy and resources in our industry to leave it to the next generation of artists better than we found it.

The biggest challenge facing our business is the ability to find and retain talented artists to nurture and grow in our studio. Canada, specifically Ontario, is a competitive market, and the number of available artists to fill positions has dwindled. There are not enough artists in the province, and the education system is not helping us keep up with demand.

For Switch, the opportunity for staff to work on both animated projects and those involving visual effects have always been an employment enticement. However, we knew we needed to do more to help this industry-wide talent challenge. In 2017 the Switch Scholarship program was launched at key Ontario colleges to help inspire the passions of digital artists. In addition, Switch became the host and main sponsor of the Animation Lounge, an education platform created to improve the skills of professionals as well as introduce the art form’s opportunity to young people. In 2022, Switch plans to introduce investment in a new high school sponsorship during the Ottawa International Animation Festival.